Closed-circuit television or more commonly referred to as CCTV is a type of fire video surveillance that allows you to oversee a certain property, an office, or home. You can basically use it to video record anything you want, as long as it is properly set up in the building. This kind of system usually has two or more cameras set up around the place because just one camera is not enough to create an entire surveillance system.

You can see the usage of CCTV’s almost everywhere around this planet. For example, you can see it in even the smallest shops in your neighborhood, your work office, and in households too. A CCTV system is usually installed to prevent thieves from ever getting the thought of robbing a certain place. Many people think that the recordings from this kind of system are usually used to prove something, a robbery, or any kind of crime while in fact, it is usually used to deter crime.

If you are interested in installing this kind of system in your own home or in your office, you should probably first understand how it works and what exactly is it, you should also know about all the different types of CCTV is there out there. Fortunately, to help you understand everything about the subject, we have made this guide for 2022 to help you.

How does it work? 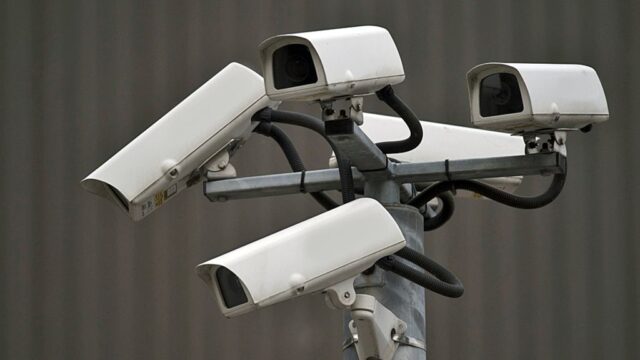 Before you start thinking about implementing CCTV inside of your building, you should first get a good understanding of how all of this exactly works. And understanding is quite easy because the entire system is very simple. In fact, it can be set up by almost anyone. Of course, a professional would probably do that much better, however even you, a person without any previous knowledge or experience about the subject, you will be able to figure it out.

The way CCTV works heavily depends on which type we are talking about. For example, analog cameras work in a pretty basic system by being connected through a cable with a central system that stores all of the information (videos) that is being recorded with the cameras. While this is a bit of outdated technology, it is quite cheap to install, so maybe it is the right choice for your home or your office, depending on what kind of protection you need.

Now that you have a pretty basic understanding of what CCTV actually is and how it works, we can start talking about all the different types you can find in the market.

Installing a wireless closed-circuit television inside of a residence may be the most expensive option out of all the other choices that can be found on the market. This is because wireless technology is pretty new and it is especially new in the surveillance industry.

However, the expensive fee might actually be worth it because you give up on old technology such as analog and cables. You won’t have to ruin the look of your home or your offices with a bunch of cameras, cables, cable routing, etc. Basically, wireless CCTVs require only a central video system where all of the information will be stored and that’s about it.

Naturally, there is also the requirement of good wireless connectivity. Without proper connectivity, the cameras won’t be able to transmit the information they record to the video system that stores the data.
For example, if you plan on installing wireless CCTVs and a large area, a large office, the range of the wireless might not be enough for said area. If you are interested in installing wireless closed-circuit television, you should check out titusalarmandcctv.

The first and oldest technology in the c industry is the analog camera. In those times, we still didn’t have enough knowledge about the digital world and what we could do with it. The idea that we would be able to send data through the air (wirelessly) was simply unimaginable.

So, the only way we had of transferring information was to the cable, a coaxial cable to be specific. The cable was routed from the camera directly to the digital video recorder. Basically, the recordings from the CCTV are analog, but once that information enters the video system it transforms that signal into a digital one, allowing us to view the video on a screen.

While this was useful at the time and it proved to be quite good to deter criminals and to use the proof against those criminals, the quality of those videos was simply too low. Today, for the best possible quality, you must have digital CCTV.

The idea of an Internet protocol camera was first introduced in the 1990s, 1996 to be exact. At the time this was a huge revelation because the idea of a digital signal directly coming from the camera was still something unimaginable. So, this was the first time a camera could record with a digital video. This meant that the need for a recording device was completely gone because the data that the camera sends is completely digital.
Since the signal was completely digital that meant that we didn’t have to rely on cables anymore, the data could be sent to a local area network. IP technology probably led to the development of wireless closed-circuit television.

With the discovery of all these different technologies surrounding CCTV, the quality and resolution of the videos have improved immensely. The type of quality you are going to get when installing a CCTV in your home or your office will fully depend on how much you’re going to pay for the camera.

Naturally, a cheaper camera will only be able to output 720p resolution while more expensive ones will probably be able to output 1080 P or maybe even 4K resolution. The higher the quality of the videos, the better you’ll be able to use this as evidence if anything happens. By understanding how closed-circuit television works and all the different technologies in this industry, you will able to make the right decision and pick the right CCTV system.

How do you stop a leaking tap at home?

6 Signs That Your Kitchen Needs Remodeling

Everything you need to know about Funeral Flower Arrangement

10 Tips and Tricks for Matching Colors In Your Outfit